Share a memory
Obituary & Services
Tribute Wall
Read more about the life story of Russell and share your memory.

Stevensville - Russell Allen Lamb, 61 died January 5, 2023 at his residence in Stevensville, from complications of pneumonia. Russell was born May 24, 1961 in Missoula, Montana to Delmar and Patricia Lamb. A middle child, he managed to survive having two older brothers and a younger sister. Russ attended Sentinel High School. He and Patty Scott were married April 1, 1993 and had one son, Matt. After high school, Russ worked for the railroad, a job he thoroughly enjoyed, but was unable to continue after a serious head injury. Following that, he became the most dependable and long lasting housekeeping employee at Community Hospital. Though the many after effects of his head injury 40 years ago could have enabled him to live on disability, Russ was still employed by the hospital at the time of his death. Russell loved watching wildlife from his Stevensville apartment, being in the woods, gathering firewood, and ice fishing. But what we loved about Russ was his tender heart that cared about people, though he tried to hide, what he considered, that weakness. He could not hide it, however, because he was quietly, behind the scenes helping people. When family, friends, and even strangers needed help, Russ was there. And, even when exhausted, he took extra shifts at work because, when the hospital needed him, Russ was there too. Russell loved his son and was an amazing father. He had a heart for the people everyone else overlooked. And often, because he preferred to stay quietly in the background, Russ was one of those overlooked people. But not by Jesus, who died for him, sought him, and in whom Russ put his trust. We know he is in heaven, but for those of us who knew, loved and relied on him, life will never be the same as when Russ was there. He was preceded in death by his father, Delmar Lamb and nephew, Tracy Lamb. He is survived by his former spouse Patty Lamb, their son, Matt, his mother, Patricia, brothers Reed (Connie) and Richie (Janan) Lamb, sister Dianna Kuhnhenn, nephews, Zack, Erik, Zane, Colter Kuhnhenn, Will Lamb, and niece Britten Carlson and their spouses. A memorial service will be held at Faith Baptist Church, 2853 Briggs St. Missoula, MT, Saturday, January 14th, at 11 a.m. Lunch will follow. Condolences and memories may be shared with the family at www.whitesittfuneralhome.com.

To send flowers to the family or plant a tree in memory of Russell Alan Lamb, please visit our floral store. 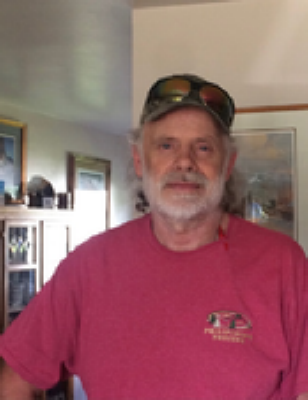