Share a memory
Obituary & Services
Tribute Wall
Read more about the life story of Shirley and share your memory.

Missoula - Shirley Ann (Wartick) Woodhall, most recently of Missoula, Montana, passed away peacefully on Friday December 23, 2022. She was born in Wausaukee, Wisconsin on December 14, 1945, and was 77 years old at the time of her passing. Shirley was raised in Eureka Montana, after moving with her family as a young girl from their home in Wisconsin. It was there that she completed high school and married her first husband, Larry Froberg. After moving to Whitefish, Larry and Shirley welcomed their first child, Laura, and within the next few years, they were blessed with two additional children, Susy and Butch. While in Whitefish, Shirley made several lifelong friends and talked often about how much fun they had playing cards, spending time at the Moose Lodge, raising their children, and visiting family. In 1972, they moved to Wisdom Montana, where Shirley started her first business, the Calico Cabin, with several friends. While in this small community, Shirley developed friendships and memories that would last her lifetime. In 1980 the Froberg family moved to Stanford Montana where Shirley became an engaged community member and actively supported many local groups and clubs. She and Larry divorced after several years, and in 1998 she married George Woodhall. Shirley completed her Bachelor’s Degree in Sociology at the College of Great Falls and owned or co-owned several businesses throughout her time in Stanford including the Copper Tree, The Calico Cottage, and Aunt Rosie’s Rusty Bucket. Her love for antique and estate sales was well known. She purchased the ByWay Station from George and ran it until 2018, when she retired and moved to Missoula. Interacting with all of the people that came and went to “The Station” was a daily activity that she looked forward to. Whether you were a best friend or a complete stranger, she would never hesitate to help someone in need. Throughout Shirley’s life, she enjoyed spending time with her children and traveled many miles to see them. Her grandchildren were one of the greatest joys of her life. She loved having them stay with her and proudly took them to coffee to visit with her friends. They all learned how to run the till at the Station and restock inventory as soon as they could see over the counter. Shirley also loved her pets and would never turn away a stray. She was always up for an adventure and enjoyed activities such as bowling, golf, skiing, and more recently, kayaking. She loved taking drives in the mountains, hunting with George and with her son, gardening, long walks in the country, volunteering, and helping out her neighbors and friends. During her lifetime she traveled to Australia, Mexico, Hawaii, and Canada. Shirley is survived by her three children, Laura (Gene) Kuntz, Susy (Tom) Ostertag, and Butch Froberg, as well as six grandchildren, two brothers, and one sister. In addition to her own family, Shirley had seven step-grandchildren, one step-great grandchild, and three adult stepchildren, Wyatt (Holly) Woodhall, Robyn Woodhall, and Steve (Barb) Woodhall. Shirley is preceded in death by her husband George Woodhall, stepson Wyatt Woodhall, sisters Alice Gilbert and Evelyn Pluid, and brother Jerry Wartick. She is also survived by her beloved dog and longtime companion, Eenu. Cremation has taken place, thoughtfully, by Bill and his team at Whitesitt Funeral Home in Stevensville. A memorial service will be planned in spring of 2023 in Stanford, Montana to celebrate Shirley’s life with her friends and family. In lieu of flowers, memorial gifts can be made in Shirley’s name to https://www.fortbentonanimalshelter.com/, or any other animal shelter of the giver’s choice. Condolences for the family can be sent to: 5885 Thornbird Lane, Missoula MT 59808. Condolences and memories may be shared with the family at www.whitesittfuneralhome.com.

To send flowers to the family or plant a tree in memory of Shirley (Wartick) Woodhall, please visit our floral store. 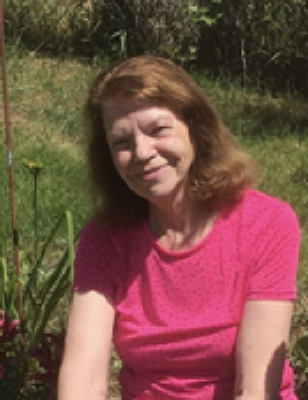 You can still show your support by sending flowers directly to the family, or by planting a memorial tree in the memory of Shirley (Wartick) Woodhall
SHARE OBITUARY
© 2023 Whitesitt Funeral Home & Crem Serv. All Rights Reserved. Funeral Home website by CFS & TA | Terms of Use | Privacy Policy | Accessibility